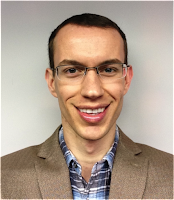 This past October, the central business district of Sandton in Johannesburg, South Africa (named for the combination of the suburbs Sandown and Bryanston) hosted the second annual EcoMobility World Festival.

It’s a month-long opportunity for citizens to experience what it would be like to live and work in a city where active street life and social inclusivity is supported by a sustainable and forward thinking urban transportation culture and system that gives priority to walking, cycling and public transport.
Johannesburg Mayor Franklyn Mpho Parks Tau and Local Governments for Sustainability converted certain road spaces into ‘ecomobile zones’. Central streets were entirely or partially closed to personal automobiles; park and ride facilities were offered; temporary express lanes for public transport were organized. Priority was given to moving people versus moving vehicles, with the intention of raising awareness and changing commuters’ behavior. And they asked for IBM Research’s help to mobilize – and measure – their citizens’ participation.

One of the most accessible forms of public perception is via social media, such as Twitter. Characterizing the social media conversation around ecomobility, primarily through topic-driven sentiment, is a valuable way of measuring public opinion and understanding.

IBM Research, which opened its latest lab in Johannesburg last April, became involved in this project because of our focus on driving innovation in urban renewal. Using IBM Insights for Twitter for live social media tracking and sentiment analysis of whole tweets, we were able to build an interactive, topic-driven sentiment and opinion explorer for Twitter. The custom tool gave us, the mayor, and other city officials a direct and interactive way of differentiating conversations based on sub-topics, such as transport modes, public transport facilities, practicalities and environment issues.

Surely tonight #Ecomobility's rules could've and should've been relaxed to help people get back to their families at a respectable hour.
— Marc Lewis (@MarcLewisZA) October 14, 2015

Sentiment analysis of tweets is particularly difficult because of the frequent occurrence of abbreviated and colloquial speech. Aberrations in tweets can also preclude the use of standard natural language processing, which greatly complicates the task of accurate sentiment analysis. These difficulties are mitigated in part by statistically summarizing the basic sentiment determined by IBM Insights for Twitter.

An important aspect of the tool that IBM Research-South Africa developed, namely Twitter Engagement Analytics, was a visually-interactive, data-driven user experience that exposes the underlying Twitter insights in a very navigable way to users – in this case, the mayor and city officials. They could explore topics of discussion through live outlines of frequented hashtags, keywords and phrases during EcoMobility month to see – and contribute to – the greatest moments of engagement: the start of EcoMobility month in Johannesburg on 1 October 2015; the heatwave of 5-7 October; and the Grayston scaffolding collapse on 14 October.

The Good, The Bad & The Future

I took Metrobus to work today. Was early to work and driver was so friendly #Joburg Ecomobility
— Londiwe (@marilynmthabela) October 1, 2015

Commuters rediscovered the simple joys of walking as the last part of their journey when using shuttles and buses. Using services such as the Gautrain, a high-speed intercity rail, reduced commuter stress in some instances, and new Metrobuses received good feedback from riders. Free park and rides, shuttles and public transport services were one of the main sources of positive sentiment on social media, as were dedicated lanes for taxis, as they interfered less with normal traffic.

The role that Twitter played in helping citizens rediscover these joys of mass transportation was as an information dissemination medium constantly used by the organizers to inform the public of available public transportation and ecomobility events that highlight the benefits of urban ecomobility.

On the flip side, some park and rides, such as the Rosebank Gautrain parking lot, and the Gautrain ticket offices experienced high occupancy and volume at the start of EcoMobility month. General building construction around Sandton was perceived to be a serious safety hazard for pedestrians and cyclists, especially on Rivonia Road; and vehicle drivers complained that construction during EcoMobility deteriorated traffic flow. The temporary cycling lanes on Sandton Drive were also seen as a cause of traffic delay and the lack of dedicated cycling lanes on William Nicol Drive was a definite safety concern for some cyclists.

Citizens expressed a great desire, on social media, for improved public transport infrastructure and safety. The government is taking great strides to transform all of Johannesburg into a pedestrian city with more seamless transportation transitions at key intersections and roadways, and by upgrading and building sidewalks.

Maude and West streets, for example, in the future will host widened pedestrian sidewalks and new cycle lanes. And a permanent cycling lane will connect Sandton and Rosebank. The linking between the Gautrain and its bus service with minibus taxi services is also being considered by the City of Johannesburg, since it could better integrate public transport. The Metrobus and Rea Vaya bus services are in the process of being extended to improve area coverage, as well.

Express lanes for car pooling and public transport would be reintroduced on Republic, Sandton Drive and William Nicol in the future. There was an overwhelmingly positive sentiment for dedicated lanes seen on social media, which motivates this reintroduction. Park-&-ride facility ideas were also well received by the public, as measured by 33 percent positive sentiment, versus 4 percent negative sentiment. These facilities will continue at Brightwater Commons, Emperor’s Palace, Montecasino and Westgate.

All of these findings will help my city move towards a greener future, where every citizen can work and live together in harmony. I admire the community’s willingness to learn, grow and bear the demands faced by an emerging worldwide recognized city.

@ICLEIAfrica @ecomobility_ @CityofJoburgZA I enjoyed spending time with you & love the work you're doing for the people & our planet!
— Danny Glover (@mrdannyglover) October 2, 2015