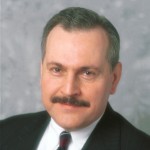 Editor’s note: This article is by Distinguished Engineer Harry Kolar from IBM Research.

New York’s Lake George is threatened by salt, algae, Eurasian watermilfoil, Asian clams, and zebra mussels. And they’re affecting the fish and vegetation that earned it the moniker “The Queen of the American Lakes.” This encroachment of runoff and invasive species prompted IBM, Rensselaer Polytechnic Institute (RPI) and the Fund for Lake George to form the Jefferson Project and defend the lake.

“Lake George is without comparison, the most beautiful water I ever saw,” U.S. President Thomas Jefferson said in 1791.

Tucked into the southeastern corner of the Adirondack Mountains, Lake George’s oligotrophic state – one of low nutrients that would otherwise feed algae and other invasive species – keeps its waters clear and its fish healthy. But according to the Rensselaer Darrin Fresh Water Institute’s 30 year study, “the renowned water quality of Lake George is ‘slowly [and] steadily’ declining … exhibiting ‘ominous downward trends and significant deterioration’ that will require bold commitment to avert an inexorable slide toward permanent degradation.”

The Jefferson Project partners are investing several years and several million dollars into solutions that not only improve the health of the lake, but as the Fund stated in its announcement of the project, “guide investment decisions … inform and, indeed, empower the constituency committed to protecting Lake George.”

Jefferson has several moving parts. Initially, we (the partners in aggregate) will utilize existing data from Rensselaer to develop a circulation model of the lake. In parallel, we’ll deploy a complement of sensors in and around the lake to monitor its physical, chemical, and biological characteristics, just as we have done in similar projects at Galway Bay (Ireland) and the Hudson River.

These sensors will not only support research and development of a circulation model that describes how water moves within the lake. We will also couple this with our Deep Thunder weather modeling, as well as hydrological modeling, to help us understand the impact of external events (rainstorms and roadway salting in the winter, for example). These components make up a “cyberphysical system” – a computational and visualization platform to collect data from sensors and to support advanced modeling approaches for Lake George.

An advanced mesocosm facility will float on the water. It will be full of sensors and experimental equipment, including robotic technologies to conduct experiments. We’ll operate and gather data from the facility at Rensselaer’s Darrin Fresh Water Institute at Bolton Landing. Using a Blue Gene/Q and other computing platforms, we’ll be able to research important questions such as “what was Lake George’s ‘pristine state’ before human settlement?” As well as forecast changes in the lake, and decide what preservation actions to take.

The Gulf of Mexico could suffer an 8,500 square mile dead zone this summer. Toxic algae have bloomed across 2,000 square miles of Lake Erie. And scientists in Sweden want to pump oxygen into the Baltic Sea to revive its dying ecosystem.

What if we knew the “pristine state” of every gulf, lake, and sea? And through predictive modeling, understand how to return them to that state? Over the next three years, the Jefferson Project will deliver this knowledge, and plan of action to preserve one of New York’s natural wonders. And we want to apply these techniques toward helping solve the problems of contaminants, dead zones and invasive species in bodies of water, world wide.