Each year, around 40 world leaders in science and technology are part of an elite group that are selected to be named ACM Fellows. The distinction of ACM Fellow comes to those achieving accomplishments that are driving the innovations necessary to sustain competitiveness in the digital age. ACM Fellows are born out of the world's leading universities, corporations and research labs and serve as distinguished colleagues to whom the ACM and its members look for guidance and leadership as the world of information technology evolves.

IBM has held steady in ACM Fellow appointments and this year is no exception. Of the 41 ACM Fellows named for 2010, two IBM researchers achieved this distinction: David Ungar and Shumin Zhai. 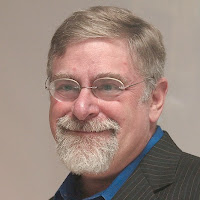 David Ungar, selected for his contributions to the design and implementation of object-oriented programming languages, reports in to the Programming Models and Tools Research group at IBM Research - T.J. Watson in NY. David is credited for work on "Tuning Fork," a performance analysis and visualization tool and "Renaissance" - in pursuit of a breakthrough in productivity and performance for massively parallel, tightly-coupled systems such as manycore CPUs. Adding to his list of achievements, David led a group that invented technology that made Java practical and co-designed a programming language that demonstrated how to simplify object-orientation while increasing expressive power. Think JavaScript; it was at the very least the inspiration for the person who designed it.

Having come a long way from repairing stereos and TVs and maintaining and analog computer, David is an expert recognized by peers far beyond IBM. 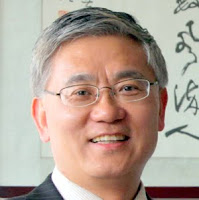 Shumin Zhai, an IBM Research - Almaden dynamo, was honored for his contributions to human-computer interface research and innovation. Side note: Zhai was a university professor at age 23.

Zhai explains, "I grew up during China's culture revolution, so no one had a job in today's sense. In 1977 - at age 16 - I was among the one percent lucky national university entrance examinees, the first such group after the 10 year culture revolution, to enter universities." He goes on, "By the time I finished my master's degree and started teaching, I was still not much older than the university students I taught. So when I walked into my first lecture I was visibly startled by the students who all customarily raised then burst into laughter. But by the end of the semester, they elected me "the best lecturer" among a teaching staff of well over 100."

Now, as an IBMer, Zhai has several accolades under his belt. We have Zhai to thank for helping invent the ScrollPoint mouse and other input devices of IBM PCs and Thinkpads. He pioneered the touch screen gesture keyboard input method (smartphone, anybody?) with the ShapeWriter project. He's now advancing that research by discovering and refining models and empirical laws of user action on computer screens which quantitatively predict users' performance in pointing, crossing, steering, and stroke gesturing.