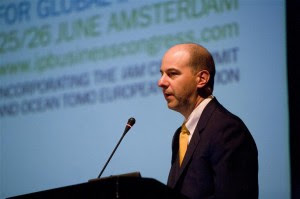 David Kappos, IBM Vice President and Assistant General Counsel, Intellectual Property Law, has been nominated by the Obama administration to the position of Director of the United States Patent and Trademark Office.

The United States Patent and Trademark Office (USPTO) is the agency in the United States Department of Commerce that issues patents to inventors and businesses for their inventions, and trademark registration for product and intellectual property identification.

If approved, Kappos will replace John J. Doll, the acting Director since the resignation of Jon W. Dudas who vacated the post in January of 2009.

Kappos' confirmation hearing is scheduled to take place on July 29, 2009 beginning at 10:00 am, US Eastern Time.

You can access the US Senate's live broadcast here: